They Say Ten Thousand Years looks back at the strategies of New Zealand’s Nuclear Free movement through the lens of the current struggle to avert catastrophic climate change. The exhibition considers the imagery of protest alongside warning signs for nuclear waste, and investigates the role which visual insignia play both in conveying danger and in mobilising political opposition. Combining semiotic and poetic strategies, the works in They Say Ten Thousand Years also build a narrative that contests nuclear energy’s potential role in plans to prevent climate destabilisation.

This project has been developed while Amy Howden-Chapman has been artist-in-residence at McCahon House in French Bay from July to October. Usually based in Los Angeles, Wellington-born Howden-Chapman has an MFA from CalArts and last exhibited at the Living Art Museum in Reykjavik, Iceland. 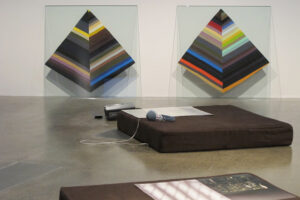 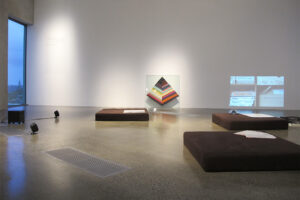 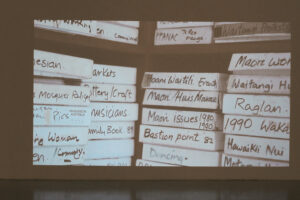