Lois McIvor (1930-2017) was a significant force in the local West Auckland art community in many ways. She lived almost next door to the McCahon family for a number of years, later taking art lessons from Colin, and her book Memoir of the Sixties is an important document of the Auckland scene at that time. She was a founding member of the Association of Women Artists, Artists Alliance and the Titirangi Community Arts Council. She was also a long-time supporter of Te Uru Waitakere Contemporary Gallery, appearing in several exhibitions including one of our earliest solo shows in April 1987, which received high praise from critic and long-time fan, TJ McNamara.

McIvor proved to be a prolific painter, with a career spanning over five decades and continuing well into her final years. She developed a consistent art practice, recognisable by a distinctively refined colour palette and simplified forms, while the beautiful coastline of West Auckland and the hills of the Waitakere Ranges were of undeniable significance to her uniquely personal and poetic vision of the world around her.

These works are generously presented from the collection of her son Mark McIvor in honour of the late Lois McIvor who passed away earlier this year on Sunday 11 June.

Collection Classics is a revolving display of timeless works from important collections around the country. This series offers visitors the opportunity to experience first-hand works of major renown and art-historical significance, but seldom seen outside of their respective collection premises. 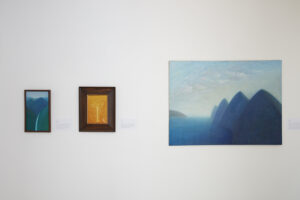 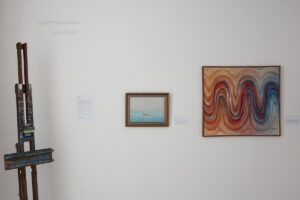 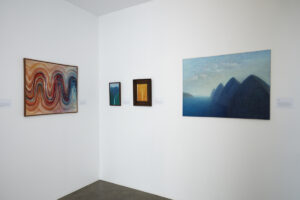