The Curiosity Corner is a specific exhibition space dedicated to showcasing and supporting contemporary jewellery practice. These exhibitions will utilise the landing space by Gallery One, with shows rotating on a regular basis. The year 2016 saw projects by Sarah Watters, Joanna Campbell and Rowan Panther, Tineke Jansen, and the collaborative jewellery initiative CLINK.

Sarah Watters is a Melbourne-based jeweller whose works address some of today’s social, environmental and political issues, whilst also being as environmentally conscious in the making process as possible. Part of this involves working with second-hand, mined materials that are already above ground, rather than buying new raw materials.

Lace was once a highly prized currency, smuggled across borders hidden in live animals, food and even caskets. But mechanisation rapidly devalued both the skill of lace-making and lace itself, machines made lace faster and more precisely. Gradually, the craft of hand-made lace has largely been forgotten.

Joanna Campbell and Rowan Panther met in 2015, while working on a locally produced mini series for MTV. After working together they discovered a mutual interest and passion for lace. Joanna is well known for her textile-inspired designs, and embossing antique lace in her work. Rowan makes both ornamental and wearable pieces from muka fibre she laces herself. In their first collaborative exhibition together, the two have merged their practices to form a series of brooches and bangles, bringing a contemporary relevance to the centuries old art form.

The reseau is the mesh or background, that holds lace patterns ‘toile’, together. It is a distinguishing feature of lace, which can be used to determine the time and place from which the lace comes. The lace created for this exhibition is based on 10 common reseau* patterns from between the 17th and 19th centuries. Rowan studied the patterns, and painstakingly wove each piece over three months.  In the brooches, Joanna has set 10 different reseau patterns: Brussels, Mechlin, Valenciennes, Round Valenciennes, Point de Paris, Cinq trous, Honeycomb, Torchon, Spanish, Fond Simple. Joanna has also preserved some of the lace pieces by  embossing the delicate patterns into the more permanent silver surface of the bangles.

Tineke Jansen’s practice is concerned with the relationship between jewellery and imagery, specifically photography. Her work often considers where the focus of desire lies: is it in the image of the thing, or in the thing depicted?  Indeed, desire is an ongoing subject of inquiry for Jansen. Fictional female characters often appear as ways to think through ideas of ego and identity, frequently deploying humour as a way of sending up common narratives around the female subject. In Pillow Talk, Jansen appropriates images from the covers of Mills and Boon books to highlight the consistent tropes used to create an expectation of female sexuality.

CLINK Project is a collaborative jewellery initiative established in 2014 jointly by Hungry Creek Art and Craft School in Auckland and the Dunedin School of Art. In 2016, for its third showcase, CLINKProject3: Collaborism is working with the challenge of how to enact these driving forces within the context of the public gallery setting at Te Uru. Various spaces around the building will become interconnected CLINK Project spaces from 24 August, with free live events at Te Uru on Wednesday 24th and Thursday 25th August 2016, including a presentation by Wellington- based jeweller Sarah Read in the Seminar Room of Lopdell House on the 25th August, 12.30pm.

This year’s CLINK Project intervenes with expectations of authorship. During this bustling week, jewellery pieces will be created collaboratively by the 16 group members, each taking turns to extend and change the pieces circulating among them. The mode of making will also change in response to the different spaces occupied and the varying nature of public interaction will be revealed during the CLINKProject3: Collaborism brainstorming week. Objects generated will thus be unpredictable and driven by each maker’s inherently different methodology. Making will unfold over two days in the traditional jewellery workshop/studio setting at Hungry Creek Art and Craft School and then move into the public sphere at Te Uru from 24 August. The manifestation of objects and interventions generated by the diverse makers will be accessible to the public within the gallery until the end of September. 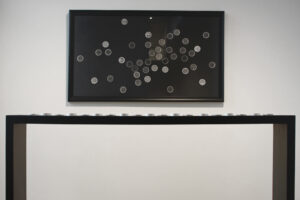 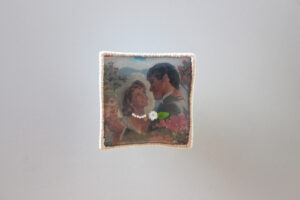 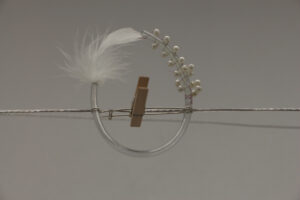 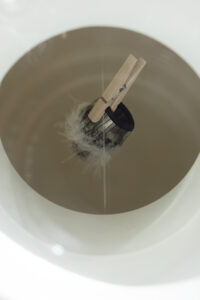 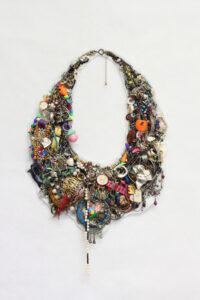 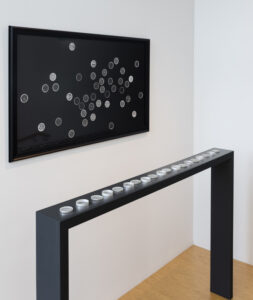 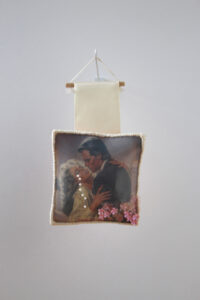 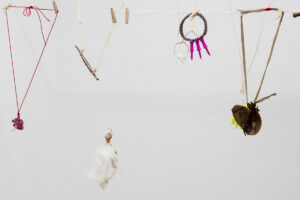