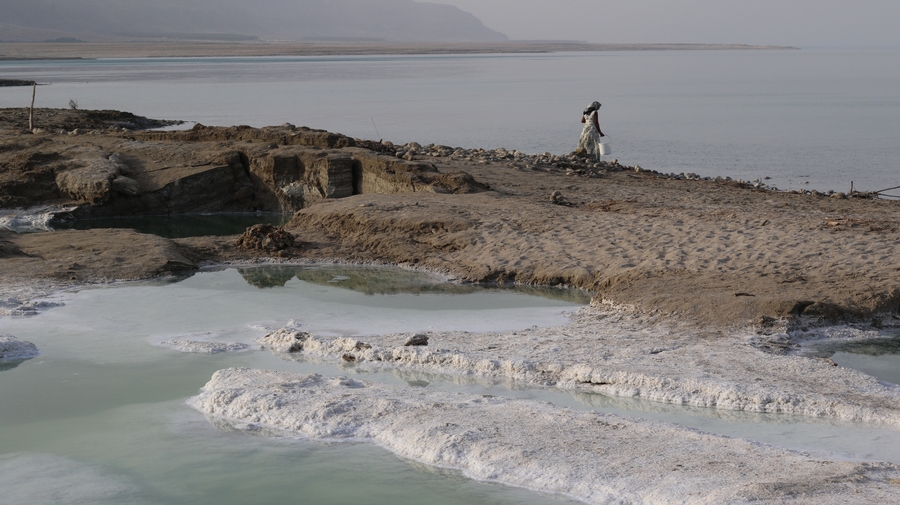 Join us for a special screening of Shezad Dawood’s ambitious film project, Leviathan, presented as part of Notes for tomorrow. Six episodes of the London-based artist’s ten-part film cycle will be shown in the Lopdell Theatre.

Leviathan is a proposal to envision a future that is very much like our present, where the boundaries of the social, political, and scientific are genuinely challenged. Historically, Leviathan is the primordial sea serpent depicted in Jewish mythology, brought to collective consciousness by Thomas Hobbes’ treatise on human nature. In Dawood’s expansion of the mythology with socio-philosophical critique, Leviathan takes the form of meditations on time, space, human nature, ecology, and the source and unfolding of life through an episodic reveal of connecting threads and contradicting realities.

Leviathan can also be associated with its roots in the Hebrew word lavah, meaning to couple, to connect and join, as the project interweaves seemingly disjointed practices and bodies of knowledge, drawing outstanding parallels between species, communities, and cultures. Based on extensive and thorough research, Leviathan is the outcome of ongoing dialogues with a wide range of marine biologists, oceanographers, political scientists, neurologists, and trauma specialists. This approach is typical for Dawood’s practice, which often involves collaboration, working with groups and individuals across different territories to physically and conceptually map far-reaching lines of inquiry.

Leviathan was selected for inclusion in Notes for tomorrow by London-based curator, Fatoş Üstek.

Shezad Dawood works across film, painting and sculpture to juxtapose discrete systems of image,language, site and narrative, using the editing process as a method to explore meanings and forms between film and painting. His practice often involves collaboration, working with groups and individuals across different territories to physically and conceptually map far-reaching lines of enquiry. These networks chart different geographic locations and communities and are particularly concerned with acts of translation and re-staging.

Fatoş Üstek is director of Liverpool Biennial, jury member for Turner Prize 2020, external member of acquisitions committee for Arts Council Collection (2018-2020). She is recipient of curatorial fellowship at Tornabuoni Art, London 2018, curator of Do Ho Suh’s largest commission in the UK (2018-2020), co-commissioned by Art Night and Sculpture in the City. She formerly acted as director and chief curator of DRAF (David Roberts Art Foundation), curator of miart Talks 2018,Milano; Art Night 2017, East London; and fig-2, 50 projects in 50 weeks, 2015, ICA Studio, London. Üstek is contributing editor to Extra Extra, chief-juror for the Celeste Prize 2017. She is a founding member of Association of Women in the Arts (AWITA); Art Nights Trustee, member of AICA UK, and ICI Alumni. She curates, lectures and publishes internationally, recently at Sotheby’s, Goldmisths College, RCA and in art magazines such as Mousse, L’Officiel and Camera Austria.