Over summer, our front window space will be taken over by works from Gregor Kregor’s Lost World series, as well as escaping into the gallery. Kregar is known for works that playfully question our understanding of objects through scale, repetition and materiality. He enjoys creating sculpture that changes meaning through subtle changes in form, shifting from monumental to fragile, mythical to kitsch, or familiar to unexpected. In this case, prehistoric dinosaurs, usually symbols of power and evolution, become cheap, mass-produced toys. These sculptures then go through another process where they are meticulously hand-modeled and cast in lead crystal glass and bronze.

The title makes reference to Sir Arthur Conan Doyle’s 1912 novel, The Lost World, which helped popularise dinosaurs. Popular culture has a fascination with dinosaurs; from movies, TV, advertising, toys and video games to museum exhibition – these half-real prehistoric superstars fascinate us. The dinosaur is a figure in constant symbolic motion, shuttling between science and fantasy, nature and culture, the image of the other and a mirror of the self.

The artist describes his desire to enlarge these toys as a way to highlight the political economic system behind them. Raptors were often symbols for political dominance and mulitinational corporate entities dominate contemporary trade, headed by giant individuals engaging in life-and-death power struggles. Dinosaur (and other) toys are often designed by Western companies and produced in Asia, then distributed throughout the world; the cycle of transnational capitalist production. As the real dinosaurs ruled the world for 180 million years, these corporations dominate today’s world.

Working from his studio in New Lynn, Kregar has an established career that spans more than two decades and he exhibits regularly in Australasia and Europe. Highlights of his exhibition history include solo shows at Tin Shed Gallery as a colateral event to Sydney Bienniale in 2008 and inclusion in the Cairo Biennale and the 29th Ljubljana Biennale in 2011. He has a permanent installation at the Christchurch International Airport and a commission for a permanent work at the Lekhwiya Sports Stadium in Doha. 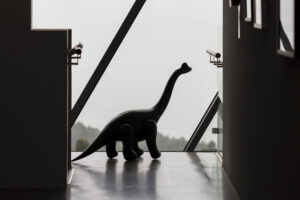 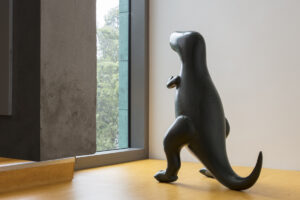 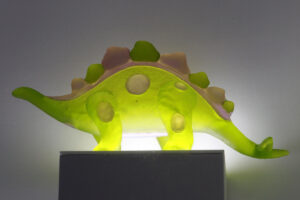 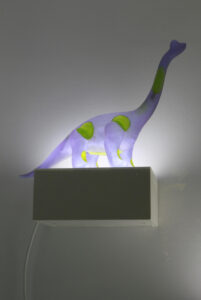 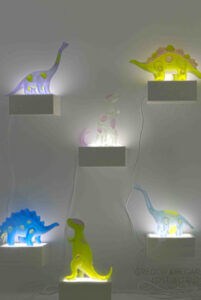