Clay Bodvin’s multi layered graphic works are like kaleidoscopes – rich in colour, pattern, texture and illusion. Originally from Seattle, but now a Titirangi resident, Bodvin’s new series of works have taken an autobiographical turn. Utilising photography, illustration and animation and imagery from his childhood, Bodvin has merged fragments of time and place to create intriguing memory pictures.

For over a decade, artist Clay Bodvin has been intent on re-inventing the still life. That focus has included an examination of the genre’s history as well as, for several years now, how the painting of those so-called trivial objects interacted with portraiture.

Bodvin’s current work illuminates this connected history. Extracts from his usable past — old family photos and travel snapshots — are combined with digitally-scanned images of textiles and everyday objects. An autobiographical investigation merging with the luxurious nature of everyday things.

For this exhibition, Clay has also embarked upon a new creative direction — one of transforming his intriguing remade spaces and hybrid memories into short ‘home-movie’ videos.

Bodvin’s work offers new visual narratives that rematerialise various aspects of his own lived experience. Here is richly-textured evidence that some memories are both actual and artificial at the same time. 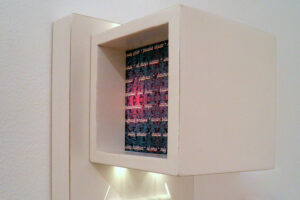 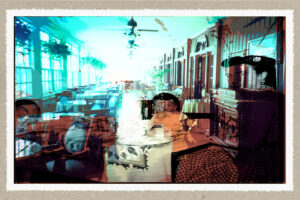