Len Castle: Mountain to the Sea

Len Castle (b.1924) is an extraordinary man and artist who has worked relentlessly and passionately in his chosen medium since becoming a full-time potter in 1963.

Mountain to the Sea is a celebration of the inspiration that many aspects of New Zealand’s landscape have been for renowned New Zealand ceramic artist Len Castle. The exhibition contains approximately sixty works from the Volcanic and Sea Secrets series that Castle has been developing since the 1990s, alongside photographic images of the landscape, and poetry by ten leading New Zealand poets.

Castle has been documenting the landscape with photography since the 1960s. These beautiful images depict those parts of our landscape where the elements are most extreme, and in which the brute force and unpredictability of nature are most potent. They sit naturally alongside Castle’s ceramic work which so clearly reflect an exploration of the landscape through the medium of clay and glaze materials. These explorations have resulted in a wide range of works, from his elegant blue lake bowls through to the gritty lava tubes and fossil-like forms that illustrate his absolute mastery of clay.

The poems included in both the exhibition and the accompanying catalogue by Riemke Ensing, Paula Green, Michael Harlow, David Howard, Jan Kemp, Theresa Lloyd, Olivia Macassey, Cilla McQueen, Richard Reeve, and Jack Ross allow a new exploration of Castle’s work, and the inspiration behind it providing the reader, and viewer of the exhibition, opportunities to reflect on the many layers of possible meaning and intent behind each piece.

Len Castle : Mountain to the Sea is a touring exhibition organized by the Hawke’s Bay Museum & Art Gallery. The exhibition and catalogue have been generously supported by Creative New Zealand and Cambrian Plastics. 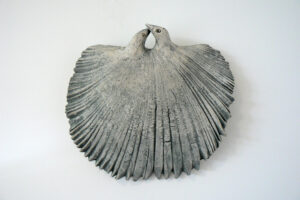 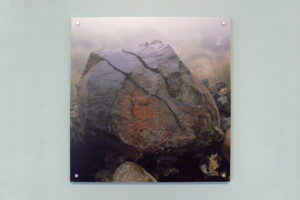 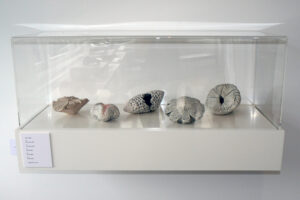