The Pacific has long been, to use the words of Maualaivao Albert Wendt ‘woven into my flesh like the music of bone flutes’ though New Zealanders have often failed to recognise the music.’ The metaphor for weaving is apt, for it happens through the incremental art of strand by strand, the power of this, at least from my standpoint, is that when Pacific and other weavers stand back and shake out their shared work – the New Zealand the Pacific has shaped – the whole looks nothing like anything made before.

Moana Currents: Dressing Aotearoa Now is an exhibition presented by the New Zealand Fashion Museum in partnership with Te Uru Waitakere Contemporary Gallery, showing how various threads drawn from across the Moana (Pacific Ocean) are being woven together to produce a new identity in which we can comfortably cloak ourselves in Aotearoa today.

The exhibition showcases pieces selected by curators Doris de Pont and Dan Ahwa to celebrate contemporary expression in jewellery, clothing, textile, and body adornment in New Zealand. Complimented by art installations, video and performances the exhibition undresses the layers of references and invites the audience to consider the making of Aotearoa style. This three-part project includes the exhibition at Te Uru in Ttitirangi, as well as an accompanying book and online exhibition found at nzfashionmuseum.org.nz

Both emerging and established designers are included in the exhibition to explore a range of connecting themes, such as; the adaptation and application of technology, mastery and invention in the use of heritage craft techniques including stitching and weaving, the applications and evolution of cultural motifs, and the ongoing dialogue between wrapping and structured dressing. Fashionable renditions of the muumuu by designers such as Adrienne Whitewood, Trelise Cooper and emerging talent Dru Douglas of Lumai address this, while a merino wool wrap by London-based New Zealand designer Emilia Wickstead, in collaboration with Woolmark in 2019, is reminiscent of a muka kaitaka. A strapless tivaevae gown designed by Karen Walker in collaboration with Tukua Turia and the Kuki Airani Creative Mamas, representing New Zealand as part of the inaugural Commonwealth Exchange at Buckingham Palace in 2018, celebrates craft; street-wear looks by Hip-Hop artist Bill Urale, aka King Kapisi’s Overstayer label, which sold at Farmers during the early 2000s, translates cultural motifs for a new world; artful jewellery designs from Neil Adock, Kereama Taepa, Fran Allison and Zelda Murray explore traditional forms using new materials and technologies. 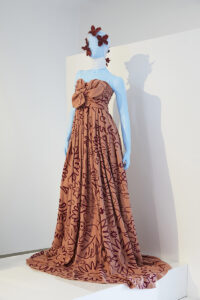 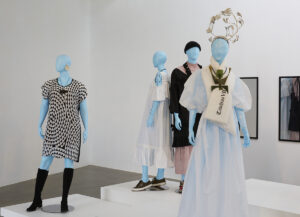 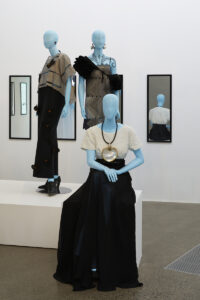 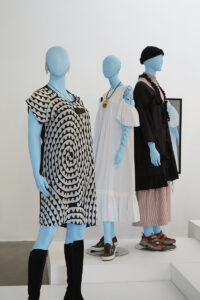 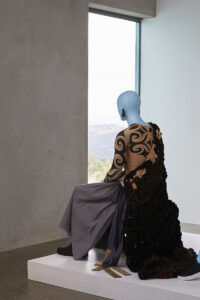 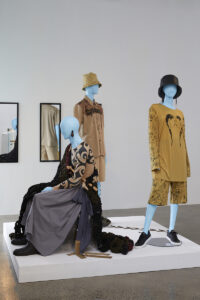 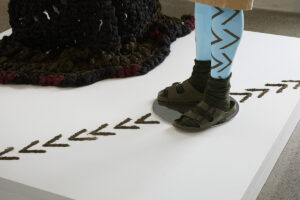 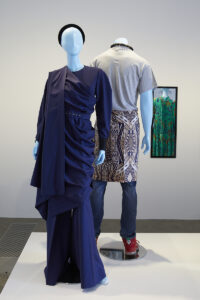 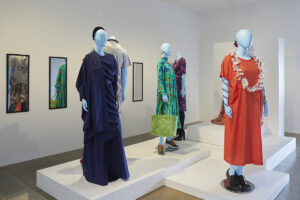 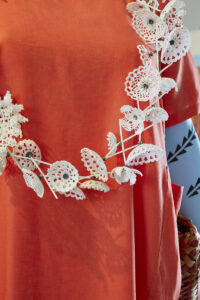