The Portage Ceramic Awards exhibition offers an annual update on the state of ceramic practices in New Zealand. Established in 2001, the awards are the country’s best-known showcase of current directions in the field, as well as future possibilities. The 2016 judge is Janet DeBoos, an influential ceramic artist and teacher. Based in Canberra, Janet brings a wealth of experience to the awards, including a keen understanding of the social power of pottery and the varying contexts of production.

This year’s exhibition has 52 works, selected by Janet from a total of 234 entries. The premier Portage Ceramic Award prize this year went to Caroline Earley for her work Clinch VI. Three Merit Awards were given to Susannah Bridges’ Stick to the Knitting, Jim Cooper’s Shrine from the temple of the good shepherds and Mark Goody and Emily Siddell’s Deconstructed Fables, which was also voted as the People’s Choice for 2016. A scholarship prize at Peters Valley School of Craft, New Jersey, USA went to Greg Barron for his piece Woodfired Jug.

Like previous Portage Ceramic Awards exhibitions, this year’s selection provides a glimpse of the diversity of practice that exists in New Zealand. Janet DeBoos writes, “I offer you my choices, a varied and eclectic mix, and hope that you will share the pleasure I had in engaging with New Zealand ceramics, and that you will all argue for what choices you would have made if you were the judge.”

For more information about the selection process, the latest updates and ongoing Portage news, visit www.teuru.org.nz/portage or the Portage Ceramic Awards Facebook page. 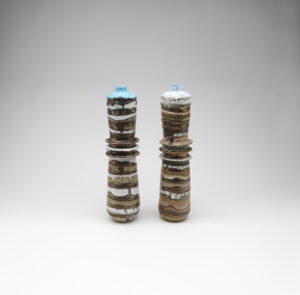 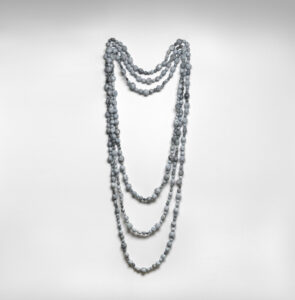 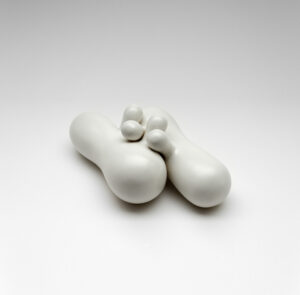 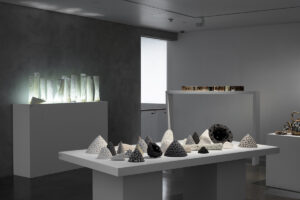 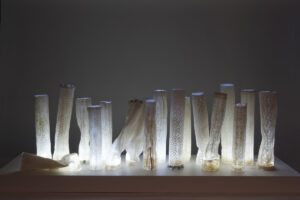 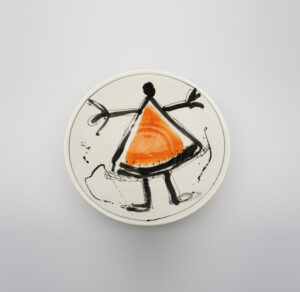 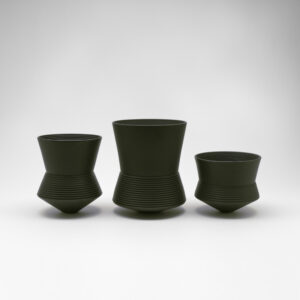 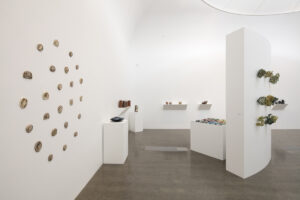 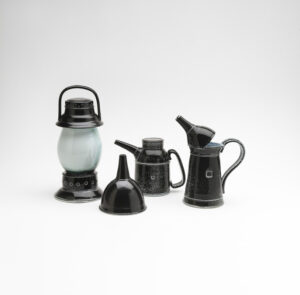 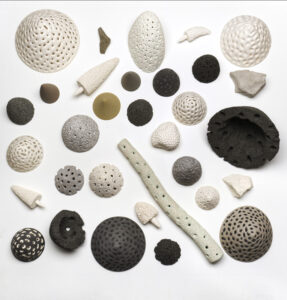