In 2013, ceramicist Richard Stratton was awarded the Portage Ceramic Awards residency at Guldagergaard in Denmark, which he took up in 2015. For Stratton, who has an ongoing interest in historic forms of domestic industrialised pottery, the residency offered an opportunity to further his research of European and Scandinavian ceramics, from mudlarking on the bank of the Thames to handling 17th century stoneware at the Westerwald Keramik Museum in Germany. This exhibition presents a selection of works made by Stratton before, during and after his residency.

Richard Stratton (b. 1970, Dunedin) gained an Honours degree in Ceramic Arts from Otago School of Arts in 1993. He later worked as a production thrower at a commercial pottery in Scotland before moving to Wellington, where he is now based. His works have been exhibited widely in New Zealand and overseas, and are included in private and public collections, notably Te Papa Tongarewa, The Dowse Art Museum and the Real Art Road show. He is represented by Anna Miles Gallery, Auckland.

Photographed by Haru Samehima and designed by Sarah Gladwell, the exhibition poster with additional text is available here. 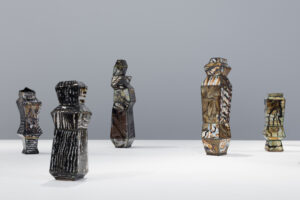 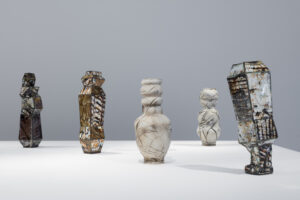