Best known for the making of landmark movies including Sleeping Dogs, Smash Palace and The World’s Fastest Indian, Roger Donaldson has always armed himself with a camera.

In 1965 Donaldson came to New Zealand from Australia on a summer holiday – fell in love with the country, skipped the Aussie draft, abandoned his career as a geologist and pursued his passion for photography. Much of his time was spent living and filming in West Auckland.

Lopdell House Gallery in Titirangi is very proud to be hosting Roger Donaldson’s first public exhibition of photographs. ALL DOGS SHOT, presents a stunning collection of black and white photographs shot in New Zealand and around the world.

Every Thursday night during the exhibition in May, Lopdell House Gallery will be screening a selection of Donaldson’s early films in the gallery courtesy of the New Zealand Film Archive. A rare chance to see some gems from the 60’s and 70’s. 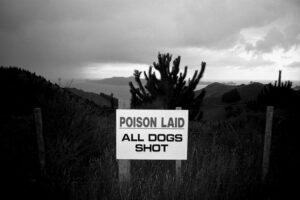 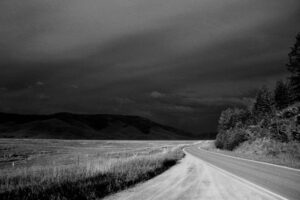