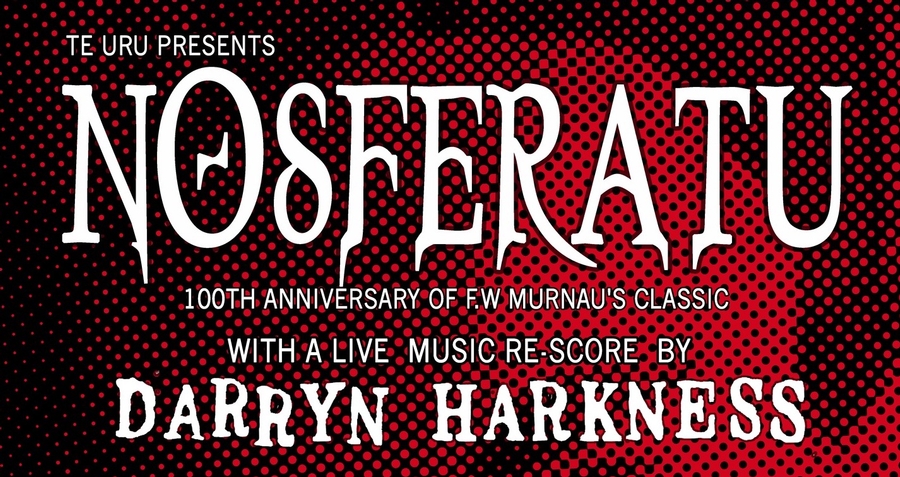 SCREENING: NOSFERATU, WITH A LIVE RE-SCORE BY DARRYN HARKNESS

Harkness has been performing alongside the film since 2006 in venues throughout the UK, Germany and New Zealand, including sell-out performances at The Edinburgh Festival and Auckland Arts Festival.

In this 95-minute session, he will recreate sonically the spine-tingling, high-gothic vision of the film—an unauthorized adaptation of Bram Stoker’s novel, Dracula—that cemented the figure of the vampire within cinematic history and the cultural imagination.

Dress-ups are encouraged and beverages will be available to purchase from the Lopdell Theatre bar.