Theo Schoon (1915–85) is a controversial figure. He was born in Java to Dutch parents, but educated back in the Netherlands at the Rotterdam Academy of Fine Arts. He arrived in Aotearoa New Zealand in 1939, where he would become a catalyst for modernism. The first comprehensive exhibition of Schoon’s art in decades, Split Level View Finder rethinks his legacy for 21st–century Aotearoa.

Schoon was an inquiry-driven artist. He described himself as a ‘cat sniffing around in a strange warehouse’. He worked across and between cultures and contexts, finding Paul Klee in the rock drawings of Te Wai Pounamu and art brut in the drawings of Rolfe Hattaway, a patient at Avondale Mental Hospital. While in Auckland, Schoon forged a close relationship with fellow emigres Tine and Kees Hos. They had founded the New Vision Gallery, which took a Bauhaus-inspired non-hierarchical approach to art and craft, and showed Schoon and two of his key collaborators, Gordon Walters and Titirangi potter, Len Castle. Castle introduced Schoon to the community of Titirangi potters and craftspeople, leading to rich collaboration and exchange. Schoon chased his ideas across diverse art forms, with little concern for boundaries between art and craft, image and object, finished and unfinished. Alongside paintings, drawings, and photographs, our exhibition includes prints, ceramics, jade carvings, and carved and decorated gourds.

Schoon was interested in what Māori art might offer modernism. His ‘discovery’ of the rock drawings in the late 1940s and his curious inclusion as a Pākehā in The First Māori Festival of the Arts at Tūrangawaewae marae in 1963 are considered as key moments of encounter and exchange. The exhibition also includes a Schoon mural that has been hanging within a marae complex in Rotorua for almost thirty years. Schoon’s interaction with Māori art is complex and problematic. What he saw as a form of collaboration now looks like appropriation and cultural presumption.

Split Level View Finder is curated by Dr Damian Skinner and Aaron Lister. The exhibition is supported by the City Gallery Foundation, Auckland Art Gallery Toi o Tāmaki, the Schoon Estate, the Chartwell Trust and the Fletcher Trust. It is developed and toured by City Gallery Wellington. Skinner’s book Theo Schoon: A Biography was published in 2018.

Join us on Sunday 8 March, 11am-4pm for Talking with Theo, a day of talks and conversations in response to Split Level View Finder, led by Hamish Coney. No bookings necessary, all talks are free. 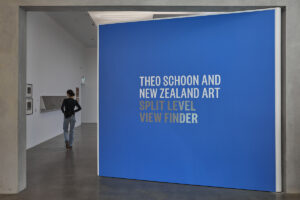 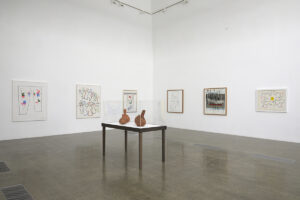 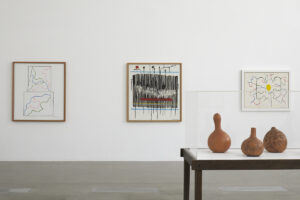 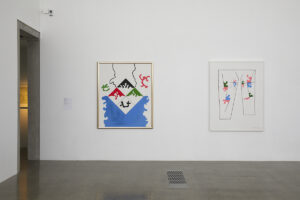 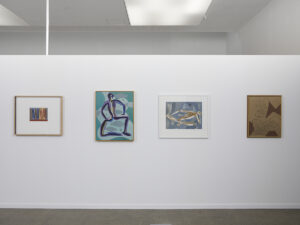 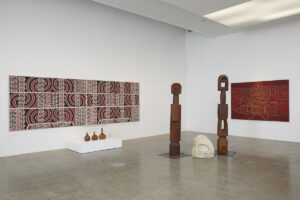 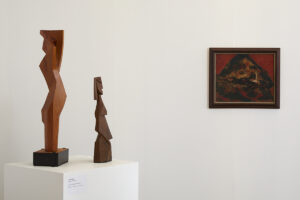 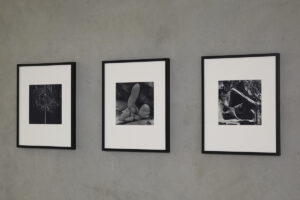 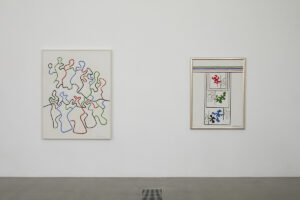 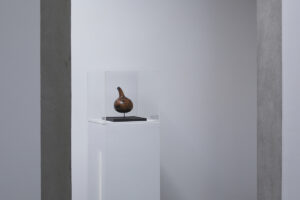 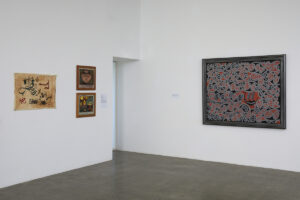 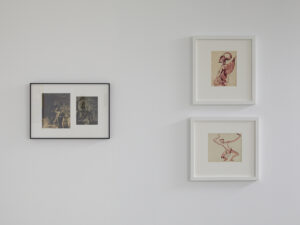 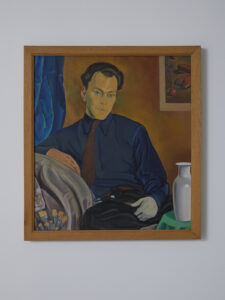