On 26 November 1841 the small boat containing William Cornwallis Symonds and four other passengers sank “headforemost” in the Manukau Harbour.

Symonds was the impetuous deputy to Governor William Hobson. The Manukau Land Company was a private scheme instigated by Symonds, to entice Scottish emigrants to his proposed capital city on land that he had not yet negotiated the purchase of at Cornwallis.

Ellis’ research, modelling and meticulous drawings contrast historic and current colonisation and migration; the push and pull, the drivers and the disappointments of so much arduous journeying. 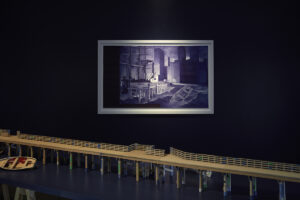 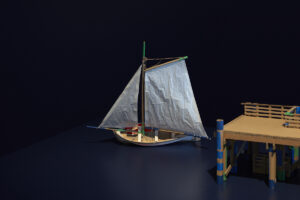 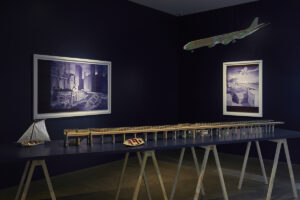 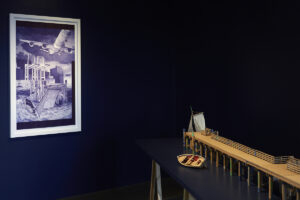 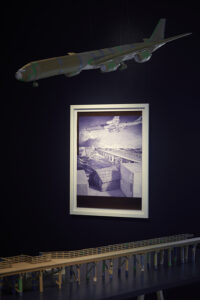 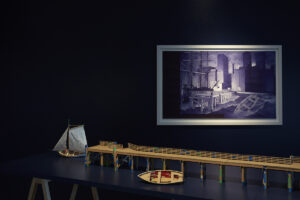