Tiffany Singh: Life is but a Vapour

As part of her 2013 McCahon House artist residency, Tiffany Singh explored the concept of wellbeing in relation to the process of grief, death and dying. The public were invited to the McCahon House studio over a three month period to create memorial strings using evocative objects, such as bells, flowers and muka. These memorial strings were then gathered into the studio, which was treated as a shrine-like space, before being blessed and burnt in a ceremonial dawn ritual at nearby French Bay.

Life Is But A Vapour is a presentation of processes from Singh’s residency. Specifically, the exhibition features an offering wall, which houses many of the messages, mementoes and keepsakes offered by visitors, alongside a sacred receptacle containing ash from the ceremony. Life Is But A Vapour will also feature video work by filmmaker Robert George with performance artist Lucy Mary Mulholland in response to Singh’s residency project. Accompanied by writing by August Rose Cassrels Klein. 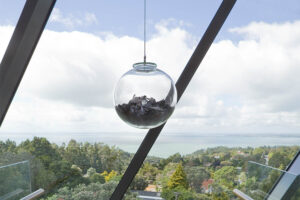 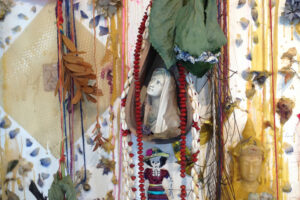 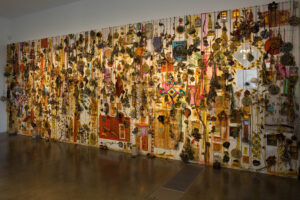