Auckland-based artist Tim Wagg works across a variety of mediums including video, installation and digital painting. His work explores the intersections of politics, identity and technology within the context of New Zealand. He considers the tangibility of archives and histories, and examines the visual languages surrounding moments of political change.

Working Towards Meaning is the collective title for a series of new works which capture the artist framing and installing Colin McCahon’s Chapel Windows at Auckland Art Gallery in the lead up to the McCahon Centenary exhibition, A Place to Paint: Colin McCahon in Auckland. The imagery – taken the week after Wagg completed his McCahon House Residency – has been repurposed by the artist from raw digital files provided by a documentary crew working on a parallel project.

The title comes from McCahon’s written reflection on his experience of painting the Chapel Windows during the summer of 1965-66. In his writing, McCahon also states his desire to minimise the labour of the painting process in order to place more focus on what the work is attempting to communicate.

Working Towards Meaning reflects on Wagg’s blurred relationship to McCahon through both the residency and his role as a technician assisting on the restoration project. Framed in aluminium and printed on Tyvek, these works are as much depictions of labour as they are responses to art history. Born out of coincidence and selection rather than traditional artistic labour, Wagg’s prints attempt to reveal the way an artwork may oscillate between object and art, depending on what else is in frame.

The artist acknowledges the generosity of Chris Dudman and Bridget Hackshaw and the support of McCahon House in the making of this exhibition.

Tim Wagg was a McCahon House artist-in-residence in 2019. Working Towards Meaning is his post-residency exhibition. 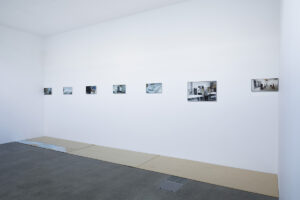 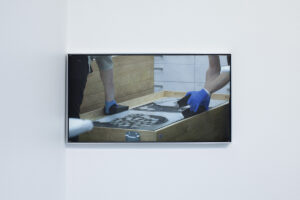 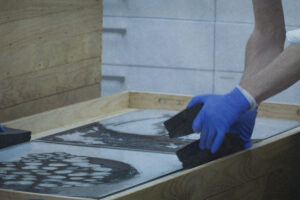 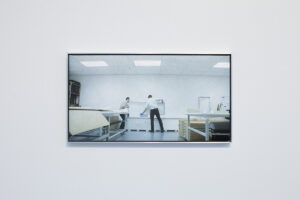 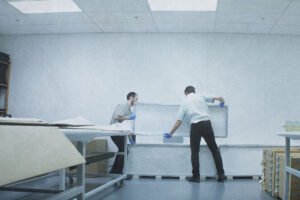 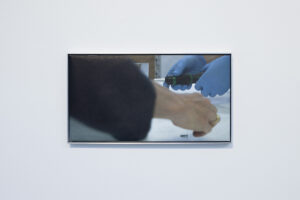 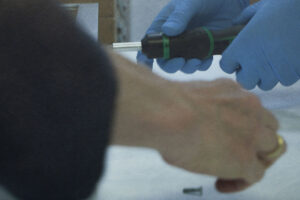 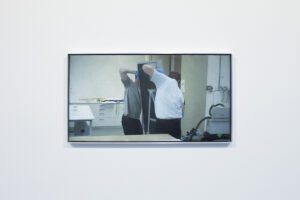 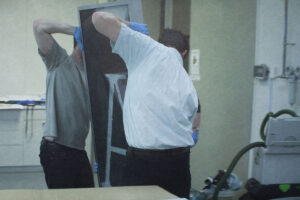 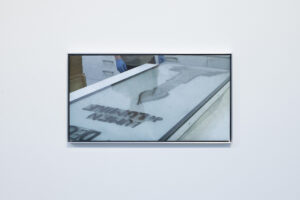 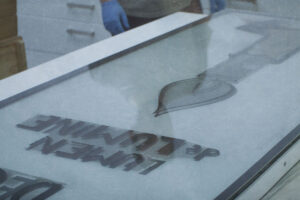 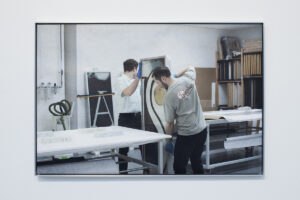 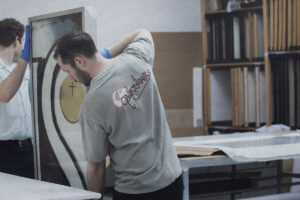 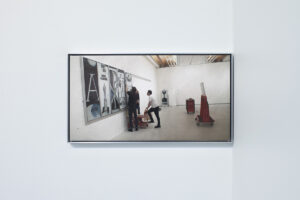 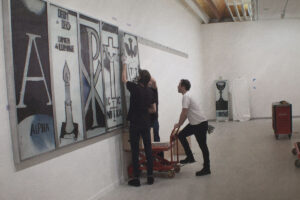 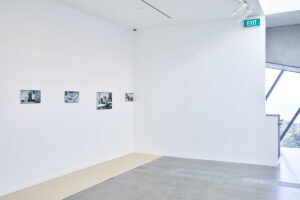 Photos by Tim Wagg, except 1 and 8, by Sam Hartnett