Place names conjure up all sorts of responses. They can be evocative, emotional, descriptive, historical and territorial – all in a word, or two. These small nouns often carry considerable significance – be it pride, grievance or even animosity. They are resonating markers that identify our land and our culture. Where Are We? the exhibition, seeks to explore some of the rich stories behind the names we have given to our towns, cities, rivers and mountains of New Zealand and celebrates the launch of the new revised edition of  A.W. Reed’s ‘Place Names of New Zealand,’ edited by Peter Dowling and published by Penguin.

The exhibition will focus on how key artists have interpreted and presented places of significance to them. While many of these works are from public collections, new work will be featured as well. Maureen Lander, the 2010 ARC (Auckland Regional Council) Artist in Residence, is currently  undertaking research into the land that the gallery stands on to discover its early history and names. She will be creating an installation in the gallery in response to her findings. The exhibition will also present the opportunity to exhibit our newly accessioned work: North from Mt Atkinson, 1957, by Colin McCahon. This energetic sketch depicts the view from the ridge we are perched on – the same land that Maureen Lander will be uncovering in her study. 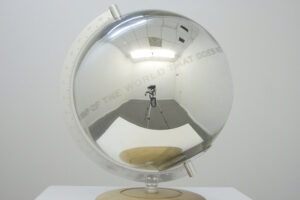 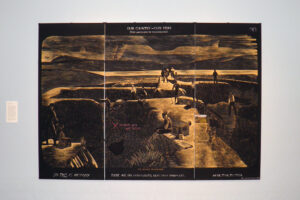