Wild Creations is an artist in residency programme run by the Department of Conservation and Creative New Zealand. Three six-week artist residencies are offered each year in a wonderfully diverse range of awe-inspiring conservation sites.

In 2007, the programme will be five years old. To acknowledge this and celebrate the artists and the environments that have featured thus far, Lopdell House Gallery is proud to present this exhibition and catalogue entitled, simply – Wild Creations.

The exhibition brings together a wide variety of artistic styles and mediums from a strong collection of artists all passionate about the wilder places in New Zealand. Each artist has responded to their chosen location – its physical scale, its challenges, its many layered histories and the sense of isolation – in their own unique way. From sculpture inspired by the Ureweras and Mount Taranaki, to video productions set on Tiritiri Matangi and in Kingston; from interwoven cultural histories set to music and film, to stories uncovered and retold in Karamea on the West Coast and Cape Kidnappers on the East; from a theatre formed with found objects to the detailed study of our unique botanical heritage – these works draw us closer to nature and the incredibly diverse and fragile place that we inhabit.

The works featured in the exhibition are really just the tip of the iceberg. In some instances, the works produced have been sold, others dismantled, but much more is still on-going – for a residency such as this provides ideas, inspiration and questions that are never ending. We hope that a taste of that inspiration and sense of place, and even the awe that wilderness areas can evoke, is conveyed through Wild Creations.

Since the concept of this exhibition was developed, four more artists have been, or are about to embark on their Wild Creations experience. They are: Auckland based photographer Darren Glass, who went to Tongariro National Park; designer, sculptor, and puppetry artist Tanya Marriot, from Wellington, will spend time on Maud Island; Louise Potiki Bryant, a choreographer and video artist based in Piha and of Ngai Tahu descent, will spend six weeks at Aoraki / Mt Cook; and Nelson author and illustrator Tracy Duncan plans to spend her residency in Kawatiri / Buller.

I would like to extend a huge thank you to all of the artists involved for sharing their work and experiences so generously. Their commitment and passion has been exceptional. Without DOC and Creative New Zealand, Wild Creations would not exist – my sincere thanks to Anne McLean and Anastasia Turnbull, of DOC, and John McDavitt and Helaina Keeley, of CNZ, for all their enthusiasm and support. 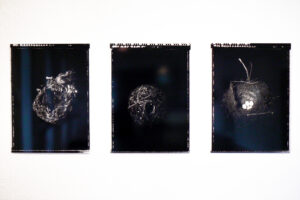 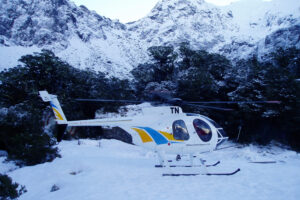