“The two screens displayed related performances, the left screen was a video of Jeremy holding a welcome sign to greet new arrivals to the Auckland International Airport. The right screen was a video of Jeremy at the bottom of the crater at One Tree Hill collecting and placing volcanic rocks in such a way so as to again spell out the word welcome. For English speakers his welcome statement is a dichotomous expression, an invitation that states an inclusivity while at the same time what ‘they’ or ‘we’ are being welcomed into will forever remain exclusive and nondescript. Denying us an entrant passage as this place is never defined, so subsequently we can never enter.”

Excerpt from Rangituhia Hollis’ ‘The Other side of speaking’, 2013

Comb was presented as part of the exhibition Lonnie Hutchinson and Reuben Paterson: Relative Reciprocity.

Lonnie Hutchinson’s practice recalls Maori and Polynesian craft and decorative histories to explore how spaces are defined and distributed, with a particular interest in spaces that occupy a middle ground between time, people and place. Though her work spans disciplines, from architecture to sculpture to digital animation, her most characteristic works are decorative cut outs made from black builders paper.

Heirloom was presented as part of the exhibition Lonnie Hutchinson and Reuben Paterson: Relative Reciprocity.

Reuben Paterson’s work, from paintings to large-scale public installations, is immediately recognisable for his use of glitter and diamond dust. These materials are deployed by Paterson not just as a playful transformation of recognisable decorative motifs — including kowhaiwhai patterns, retro floral textile designs, and geometric tessellations — but also a deliberate exploration of glitter’s optical potential and the socio-political connotations of sparkly adornment.

Ghost Shelter 17 displays a variety of significant post-industrial structures in various states of ruin, rendered as isolated islands, evoking the ‘islands of memory’ of Andrei Tarkovsky’s1972 film Solaris. Here, the 3D scans and renderings become models of memory, juxtaposing virtual and actual footage, while the phenomenality of space and time disclose themselves within the subjectivity of the seemingly ‘objective’ reality of the scan. Brit Bunkley is a New Zealand-based artist who has shown in several international group exhibitions and screenings, including the Centre Pompidou in Paris, the Reina Sofia National Museum at Madrid, Spain, and the Moscow Museum of Modern Art in 2012, 2015 and 2017.

Judy Darragh is a prolific New Zealand artist renowned for her brightly coloured sculptural assemblages of found objects, recycled items, industrial materials, collage, photography, video, and poster art. ‘Kitsch’ and a strong association with localised nostalgia is at the essence of Darragh’s work. Her assemblages appear as structurally makeshift piles of ‘materials’, incorporating elements ranging from bottles, glassware and plastic to corks, feathers, tikis, beads, paint, flowers, paua and cake tins. It is this mass of media that form the basis of her two dimensional and three dimensional installations. 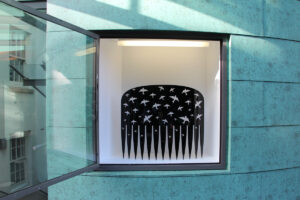 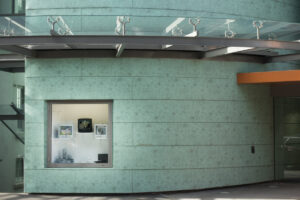 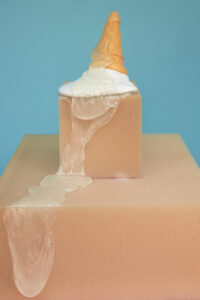 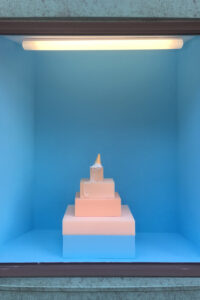 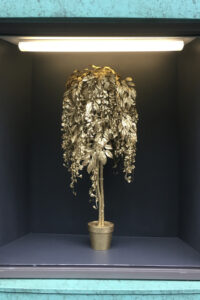 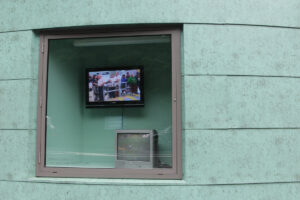 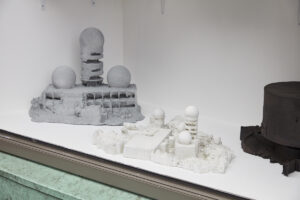 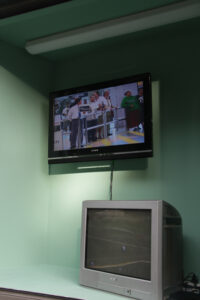 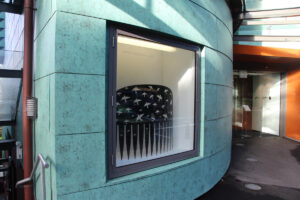 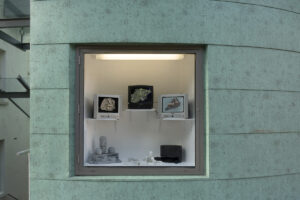