In 1980, Denis Cohn Gallery in Auckland staged an exhibition of five artists who each showed five works. The artists — Bronwyn Cornish, Peter Hawkesby, Denis O’Connor, John Parker and Warren Tippet — shared a desire to abandon convention and approach ceramics from a new direction that was at some remove from the tradition of the craft potter. The works they showed were relentlessly non-functional and influenced by a range of philosophies and working processes.

35 years later, Five by Five reprises the format of showing five works from five artists who experiment on the fringes of ceramic practice. Curated by original Five by Five artist, John Parker, Five by Five brings together work from five artists — Kate Fitzharris, Tessa Laird, Kate Newby, Louise Rive and Suji Park — who each straddle the divide between craft and fine arts, promising to again challenge perceptions about what can be said about clay, with clay.

Denis O’Connor has kindly allowed us to republish his essay, ‘Mud Company,’ which contextualises and unpacks the original Five by Five exhibition. An abridged version of this essay is included in our catalogue, along with images and texts for the Five by Five: New Conversations with Clay artists, which is available for $2 from reception.

A PDF of Denis O'Connor's text can also be read here. View more images on our Facebook page here. 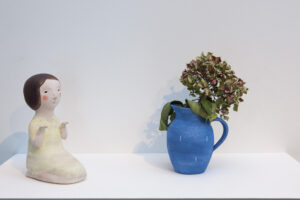 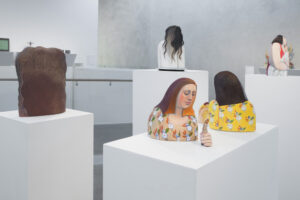 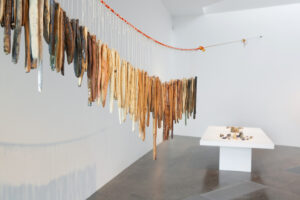